The Guardian Angel: Eucharistic Miracle Tixtla Mexico and Our Lady of Guadelupe and the Eucharist

Listen to this Saint, St. , "The more we honor the Blessed Virgin, the m0re we honor Jesus Christ, because we honor Mary only that we may honor more perfectly Jesus, since we go to her only as the way by which we are to find the end we are seeking, which is Jesus. Pope Pius IX declared that St. Louis De Montfort's devotion to Mary was the best and most acceptable form of devotion to Our Lady.

Pope Pius X "I heartily recommend True Devotion to the Blessed Virgin, so admirably written by Blessed De. Montfort, and to all who read it grant the Apostolic Benediction."

Pope Paul VI: "We are convinced without any doubt that devotion to Our Lady is essentially joined with devotion to Christ, that it assures a firmness of conviction to faith in HIM and in His Church, a vital adherence to Him and to His Church which, without devotion to Mary, would be impoverished and compromised."

Pope John Paul II: "The reading of this book was a decisive turning point in my life. I say 'turning point,' but in fact it was a long journey... This 'perfect devotion' is indispensable to anyone who means to give himself without reserve to Christ and to the work of redemption."

"It is from Montfort that I have taken my motto: ,Totus tuus" (I am all thine). There are many many more that try to tell us over and over, to have Jesus fully, we must have Mary. Listen and learn from their wisdom and walk to sainthood and eternity, to Jesus through the Sorrowful and Immaculate Heart of Mary, GregoryMary

On October 12, 2013, H.E. Most Rev. Alejo Zavala Castro, Bishop of the Diocese of Chilpancingo-Chilapa, announced through a Pastoral Letter the recognition of the Eucharistic Miracle that occurred at Tixtla, on October 21, 2006. In the letter we read: “This manifestation brings to us a marvelous sign of the love of God that confirms the Real presence of Jesus in the Eucharist... In my role as Bishop of the Diocese I recognize the supernatural character of the series of events relating to the Bleeding Host of Tixtla... I declare the case as a “Divine Sign ...”. On October 21, 2006, the effusion of a reddish substance was noted from a consecrated Host during the Eucharistic Celebration at Tixtla, in the Diocese of Chilpancingo-Chilapa. The Bishop of the place, Most Reverend Alejo Zavala Castro, then convened a Theological Commission of investigation and, in October 2009, he invited Doctor Ricardo Castañón Gómez, to take on the leadership of the program of scientific research whose purpose was in fact that of verifying the said event. The Mexican Ecclesiastical authorities turned to Doctor Castañón Gómez because they were aware that, in the years 1999-2006, the scientist had conducted some studies on two consecrated Hosts that also bled in the Parish of Saint Mary, in Buenos Aires. The Mexican case starts in October 2006, when Father Leopoldo Roque, pastor of the Parish of Saint Martin of Tours, invites Father Raymundo Reyna Esteban to lead a spiritual retreat for his parishioners. As Father Leopoldo and another priest were distributing Communion, assisted by a religious sister who was to the left of Father Raymundo, this latter one turns towards him with the “pix” containing the Sacred Particles, looking at Father with eyes filled with tears, an incident that immediately attracted the attention of the celebrant: the Host that she had taken to give Communion to a lady parishioner had begun to effuse a reddish substance. “The ecclesiastical authority wanted likewise to specify that in a Catholic context the Miracle distinguishes itself for the following aspects:

1. Theological: The intervention comes from God. It is of divine origin.

2. Objectivity: The ‘alteration’ of the causes or natural laws is evident.

3. Subjectivity: Whoever accepts the miracle ‘recognizes or accepts’ with an act of Faith that the extraordinary event comes from the loving Will of God.

4. Purpose: It has as its end the good of one or many people.” The scientific research conducted between October 2009 and October 2012 came to the following conclusions, presented on May 25, 2013 during the course of an international Symposium held by the Diocese of Chilpancingo, on the occasion of the Year of Faith, and which saw the participation of millions of people coming from four continents “

1. The reddish substance analyzed corresponds to blood in which there are hemoglobin and DNA of human origin.

2. Two studies conducted by eminent forensic experts with different methodologies have shown that the substance originates from the interior, excluding the hypothesis that someone could have placed it from the exterior.

3.The blood type is AB, similar to the one found in the Host of Lanciano and in the Holy Shroud of Turin.

4. A microscopic analysis of magnification and penetration reveals that the superior part of the blood has been coagulated since October 2006. Moreover, the underlying internal layers reveal, in February 2010, the presence of fresh blood.

5. They also found intact white blood cells, red blood cells, and active macrophages that engulf lipids. The tissue in question appears lacerated and with recovery mechanisms, exactly as occurs in a living tissue.

7. The immunohistochemical studies reveal that the tissue found corresponds to the muscle of the heart (Myocardium).

On account of the scientific results and the conclusions reached by the theological committee, last October 12 the Bishop of Chilpancingo, his Eminence Alejo Zavala Castro, announced the following: - The event does not have a natural explanation. - It does not have paranormal origin. - It is not traceable to manipulation of the enemy.”

Our Lady of Guadelupe and the Eucharist The indisputable history of the Eucharist and the Incarnation of the Son of God, “Flesh of Christ, flesh of Mary”, says Saint Augustine. The Church “contemplates Mary with joy in the purest image - that which she desires and hopes to be in her entirety” (SC, 103): tabernacle, womb, pyx. The Madonna appeared in Guadalupe dressed in a gown fastened at the waist with a black belt, identical to that worn by the local women during pregnancy. At dawn on December 9, 1531, the young Indian, Juan Diego, went up the hills of Tepeyac, in the northern outskirts of the City of Mexico, heading towards Tlatelolco, for his usual catechism lesson. Suddenly he heard a soft song and turned towards the source of this sound. He came upon a young woman wearing a shiny dress, who revealed herself to be the Virgin Mary. The Madonna begged Juan Diego to ask the bishop of the capital city to build a temple in the place where she appeared so that all can come to honor her son Jesus.

Juan Diego obeyed, but the Bishop Juan de Zumárraga did not believe him and asked him to ask Mary for a sign. When the Virgin appeared the third time to Juan Diego, she promised to give him a sign the following day. On Monday however he did not go to his appointment because his uncle fell gravely ill, so much so that he needed to receive the Last Rites. The next day, Juan Diego went out very early directly to Tlatelolco, where he wanted to look for a priest for his uncle. He decided to avoid the hills of Tepeyac, so he would not encounter Our Lady, but she met him during his walk. He then confided in her about his pain and she asked him to have faith in her and announced the cure of his uncle. Then she asked him to go to the top of the hill and collect and bring her any flowers that he could find. Juan Diego went to the place she told him and found it covered with marvelous roses and other flowers, unusual for the winter season and the arid nature of the land. He picked them and put them in his tilma, a typical apron worn by the Aztec farmers, and he took them to the Virgin who told him to take the flowers to the bishop as proof of the apparition. The man did as he was asked and went to Mexico City where, after a long wait, he was seen by the prelate. He showed him the tilma and when he spread it out the roses and other flowers fell and on it appeared a blazing image of the Madonna. The Bishop fell to his knees before this miracle. He marveled, and repenting he asked the Virgin to forgive him for his defiance. Then he took the tilma and put it in a chapel. The next day Juan Diego returned home anxious to see his uncle, who he had left in grave condition. Juan Diego found his uncle completely recovered and he told him about the Madonna and how she appeared to him the day before presenting herself as the Holy Mary of Guadalupe, announcing he would be cured.

Eucharistic Miracle of Island near Panama, and how Jesus used another Blessed in the Eucharist Grego

The Catholic Defender: Our Lady of the Rosary, St. Therese, St. Jude Novenas Three in one 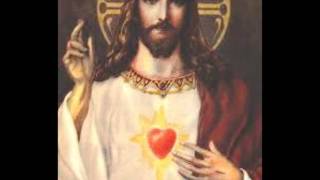 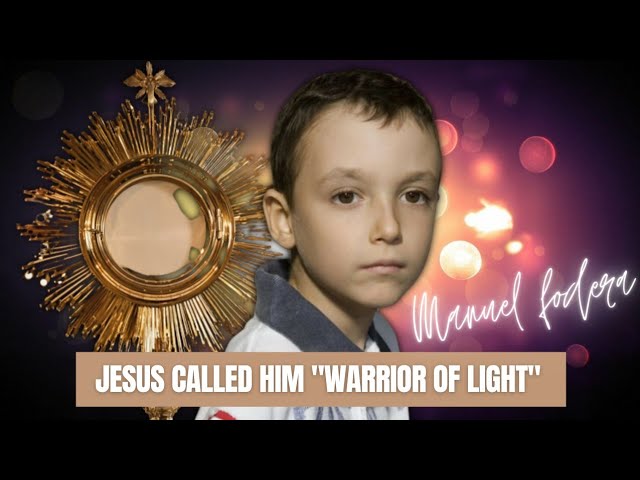